The Masjid of Rasulullah ﷺ 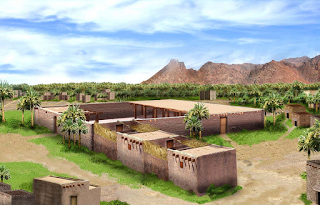 The Masjid of Rasulullah Sallallaahu ‘alayhi wasallam was so simple that it was made of mud walls; the roof was made of palm leaves and the palm tree trunks were used as pillars. The entire Masjid did not have a roof, nor was there anything that covered the ground.  When it rained, the roof leaked, the ground became mud … and Salaah would be performed like that. The greatest Nabi of Allah Ta’ala; the Beloved of Allah Ta’ala Sallallaahu ‘alayhi wasallam; yet his Masjid was so simple.

These days, we want all the physical comforts and thereafter we will make Salaah. It is not easy to make everything comfortable for everyone in the Masjid. Some feel cold, others feel hot … and it is not possible to adjust the fans or air-conditioners to suit all. We are supposed to become Mujahids in the Masjid – but instead we just want ease, comfort and luxuries.  Due to our weakness, we do not have such simple Masaajid. Of course, it is permissible to have a well-built Masjid, carpets, air-conditioners and so forth. However, the purpose of building Masaajid is not for the luxuries, the decorative designs and architecture, or to compete with others. It is for the Ibaadah of Allah Ta’ala.

Hazratjee, Maulana Yusuf (Rahmatullahi ‘alayh) used to say: “In the time of Rasulullah Sallallaahu ‘alayhi wasallam, the Masjid was kachha (made of mud walls) but the Musallis were pakka (true and genuine). Nowadays the Masaajid are pakka (i.e., the buildings are solid) but the Musallis are kachha (weak in the Imaan and a’maal).”

…The Sahabah (Radhiyallahu ‘anhum) were solid in their Imaan. Nothing would shake their Imaan.  They were able to conquer the world with their solid Imaan and solid characters. The preparation of their noble character was in the Masjid.

Hazratjee, Maulana Yusuf (Rahmatullahi ‘alayh) also said that we are in deception, thinking that our money governs the Masjid. …We make the Masaajid elaborate and focus on material commodities for the Masjid, but it has become empty of the A’maal which were found in Masjidun-Nabawi (Sallallaahu ‘alayhi wasallam). We, ourselves, are not present in the Masjid; negligent with Salaah in Jamaat and even turn away from the call of the Mu’azzin, yet it is in the Masjid where our Imaan is developed. It is where our brotherhood is established. It is where our unity is cemented. So many Masaajid are built at great expense, but some are empty and others have just a handful of Musallis, despite so many Muslims residing in those areas.

In the time of Rasulullah Sallallaahu ‘alayhi wasallam, the Masjid was so simple that it did not have expenses. However, the people attended the Masjid. Their hearts were attached to the Masjid. They loved the Masjid. Besides the Jamaat Salaah, they were engaged in acquiring Ilm (knowledge), in Zikrullah (Remembrance of Allah Ta'ala), Dua and other Ibaadaat in the Masjid. There, they were also trained to become Da’ees and to strive for Deen. The Masjid was the training centre of all activities of good for the Believer. And the fruit of it was seen at Badr, Uhud, Khandaq, Fath-e-Makkah, etc. Thereafter, when the Sahaba-e-Kiraam (Radhiyallahu ‘anhum) went out in the world, Allah Ta’ala gave them authority and rule over vast territories. They not only conquered lands; they conquered hearts. Thousands upon thousands came into the fold of Islam.

When we compare; how contrasting our Masaajid are to the Masjid of Rasulullah Sallallaahu ‘alayhi wasallam; how different we are to the Musallis who frequented the Masjid in the time of Rasulullah Sallallaahu ‘alayhi wasallam – the Sahaba-e-Kiraam (Radhiyallahu ‘anhum); how neglectful we have become of the A’maal of the Masjid. The consequences of our heedlessness are experienced throughout the Muslim world. We are seeing the difficulties and suffering.

Again, there is nothing wrong with having different amenities in the Masjid for our comfort, but we need to bring those A’maal alive in the Masjid, as was done in the time of Rasulullah Sallallaahu 'alayhi wasallam and the Sahaba-e-Kiraam (Radhiyallahu 'anhum). We will have to frequent the Masjid to do so; otherwise, how will we achieve this?

When we will attend the Salaah in the Masjid, engage in other forms of Ibaadah and activities of the Masjid, and accordingly live our lives in obedience to Allah Ta'ala and His Rasul Sallallaahu 'alayhi wasallam and give up our sins, we will then invite the Pleasure of Allah Ta'ala, His Mercy, His Protection, His Help and success in both worlds. The sad state and distressing plight of the Muslim Ummah will most definitely change for the better.

May Allah Ta’ala grant us the Taufeeq of Aml. 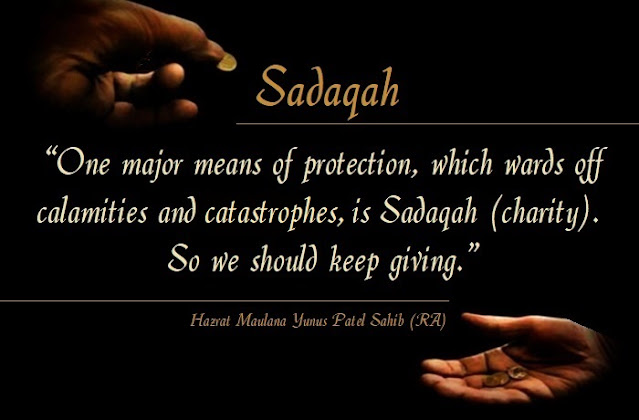 When we did not go to the Masjid

Extract from the book: ‘SOCIAL EVENTS – AVOIDING THE FITNAH’

There were thousands of Muslims ... and today as well, there are thousands of Muslims, or millions of them ... who lived in safe, secure conditions. They could come out and go to the Masjid, but they did not and do not. When Allah Ta’ala then punishes with fear, they say: We would like to go to the Masjid but there is so much of fear. There is so much of danger.

People who live close to the Masaajid will not frequent the Masjid. I am talking in general terms. …There are many places where Muslims reside and Masaajid have been built. If you go for Fajr Salaah, you may find five or six people only. There are several Masaajid in and around our area but many are negligent in performing their Salaah, in Jamaat (congregation). There are towns where big Ijtimas have taken place; where thousands of people had travelled to and gathered, for the noble purpose of Islaah and improvement in Deen. In these towns and suburbs, there are a majority of Muslims. Very sadly, in one of the towns, we found only eight people for the Fajr Salaah – during the winter time. We were told that there were ten, but it had decreased to eight. …This is our ingratitude. And ingratitude invites severe punishment. Allah Ta’ala says in the Qur`aan Shareef:

“…if you are grateful, I will most certainly increase for you (My favours) but if you show ingratitude, verily! My punishment is indeed severe.”

We see the amount of fear that is being generated in our hearts presently. How much of fear there is! The robberies, the hijackings, the kidnappings and what not is happening here, in South Africa. …Conditions befall us according to our deeds.

Many people say that it is becoming difficult to go for the Fajr Salaah. They say that it is frightening to open their doors and come outside. So much of fear has settled in the hearts. We have become prisoners in our own homes. …When the people were not leaving their homes and going to the Masjid at a time when there was no fear, this was ingratitude to Allah Ta’ala. This was ingratitude for the Amaan – the safety and security – that was prevailing. One of our major sins is Kufraan-e-Ni’mat (ingratitude for Allah Ta’ala’s bounties). Our punishment is in the form of this great fear that we live in. Allah Ta’ala relates in the Qur’aan Shareef:

“And Allah gives an example of a village/town, safe and secure, to which its means of subsistence came in abundance from every quarter. Then it became ungrateful to Allah's favours. And Allah made it wear the garb of hunger and fear because of what they wrought.”

Allah Ta’ala mentions the parable of a city. The people of the city were blessed with peace, security, protection and all kinds of bounties. Their sustenance reached them with great ease. However, when they became ungrateful and abused and wasted these bounties, the conditions changed in that town. Allah Ta’ala punished them two-fold: Hunger/famine overcame them and fear struck their hearts.

Look at our weddings, engagements and Walimahs! There is so much of extravagance and wastage. This wastage also invites punishment. Allah Ta’ala describes those who squander as the brothers of shaytaan:

“And do not squander recklessly. Surely, squanderers are brothers to shayateen, and shaytaan is very ungrateful to his Lord.”

The fear that is being experienced presently is also a punishment. We were enjoying Amaan. There was safety and there was ease but we were ungrateful. We did not appreciate. We did not go to the Masjid. Then, when there is an attack on the Masjid … when the Babri Masjid was attacked, the whole Ummah said: “Our Masjid! Our Masjid!” Allah Ta’ala sometimes uses those people who have got no esteem in His sight … they are Kuffaar and Mushrikeen … but Allah Ta’ala places them over us to give us a little taste of our doings, so that we get up from our sleep and our slumber and sincerely repent.  Allah Ta’ala informs us:

“And whatever affliction befalls you, it is on account of  what your hands have wrought, and (yet) He pardons most (of your faults).”

“Corruption has appeared in the land and the sea on account

of what the hands of men have wrought, that He may make them taste a part of that which they have done, so that they may return.”

The word ‘Fasaad’, in this Ayah, has been explained by Scholars, as all kinds of calamities, disasters and misfortunes. There are droughts, earthquakes, floods, plagues, food-crises, lawlessness, mutiny and so forth. The root cause is our disobedience to Allah Ta’ala.

Rasulullah Sallallaahu ‘alayhi wasallam said: “As you are (as your actions are), so will be the rulers that will soon be set over you.”[1]

We have been informed and warned that when people transgress the Commandments of Allah Ta’ala, Allah Ta’ala then entrusts their administrative affairs to foolish people; their public finances are overseen by the miserly, corrupt and greedy ones; harsh and unjust people are appointed to rule over them. We need not look far to see this reality.