When Inviting to Islam 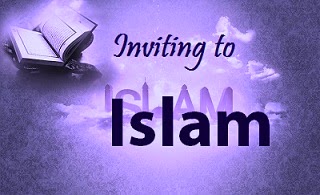 When we talk to a non-Muslim, we argue about his ‘book’. This is not the starting point of Da’wah (inviting to Islam).

First talk to the person about Islam: Its beauty, purity and perfection. In this manner, the flaws and loopholes of the other religion becomes evident and manifest.

If the person has an interest, he will ask questions. We should then answer the questions truthfully and with Hikmah (wisdom). There should not be an apologetic attitude when it comes to those aspects of Islam which non-Muslims frown upon, object to, or criticize. Everything of Islam has been established by the One Who is All-Wise and All-Knowing, for the good of man.

Attacking, vilifying and insulting the person’s religion, when inviting him to Islam, will lead to defence and attack from the non-Muslim, especially if he is a staunch adherent of his beliefs. He will also not want to listen further to our discussion, since he will consider anything derogatory to be blasphemous. 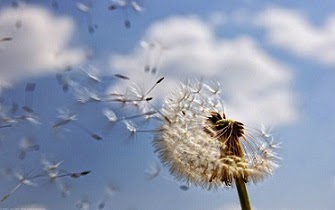 There are two opposing conditions, which are found in people. These are: Anaa’niyyat and Fanaa’iyyat.

Anaa’niyyat means that everything is about “me”, or about: “I, me and myself”. At all times life revolves around me and myself. That’s all.

The person puts himself first, gives preference to himself and believes that he is important. The person wants to be recognized wherever he goes – that he is somebody.  If he is not recognized, he is offended.  If he goes to some Majlis and people do not shake his hand and acknowledge his presence, he is upset. The thinking is: I am such a great person and people are not showing any kind of interest.

The inner desire is to be recognized and to be known. Such a condition indicates that the person is in the firm grip of his own nafs.

When there is Anaa’niyyat, Allah Ta’ala destroys.

When the sheep is alive, it bleats. It repeatedly says: ‘Meh meh meh”. This is the sheep that comes under the knife for slaughter. When the nafs is alive, and its condition is ‘ana, ana, ana’, then that person comes under the punishment of Allah Ta’ala and is humbled; is destroyed.

On the other hand, there is the person who develops Fana’iyyat: He annihilates himself. There is no “me, myself and I”.

…One girl had a proposal from someone. I am not mentioning any name and no one knows who I am talking about. In her e-mail, she mentioned her level of Taqwa.  She said: ‘I have a high level of Taqwa. There is someone who is proposing marriage. However, I do not want his level of Taqwa to be lower than mine.  He must be able to increase my level of Taqwa.”

Part of the reply that was given was: “I have to caution you with regard to your claim of your Taqwa being of a very high level.  This is very dangerous.  …All those who are of a high level of Taqwa consider themselves to be insignificant; they consider themselves to be the most sinful ones on earth.   Allah Ta’ala then places in the hearts of people, Husne Zann (good opinion) and Thanaa (praise) - that the person is a person of Taqwa.  Those who have Taqwa do not make loud and bold claims, because they have annihilated themselves.”

Allah Ta’ala dislikes and disapproves that the servant makes a claim and testifies to his or her own purity and piety.  Allah Ta’ala says:

It is most definitely Allah Ta’ala’s Fadhl and Karam upon any person, if the person progresses in this path of Islaah and Tazkiyyah:

“…Had it not been for the grace of Allah upon you, and His Mercy, not a single person from you would have ever attained purity. But Allah purifies whomsoever He wills. Allah is All-Hearing, All-Knowing.”
[Surah An-Noor 24 : 21]

The Mashaa’ik used to train their Mureeds in many different ways.  Hazrat Maulana Rashid Ahmad Gangohi (Rahmatullah ‘alaih) was a Mureed of Hazrat Haaji Imadadullah (Rahmatullah ‘alayh) and in that Ta-alluq, he became very close to his Shaykh. …However, consider the training he received from his Shaykh:

Upon this, Hazrat Haaji Saheb (Rahmatullah ‘alaih) replied, with the object of testing his Mureed: "He (Maulana Gangohi) should be grateful that I am allowing him to even eat with me. In fact, I had intended to give him a piece of bread in his hand and for him to eat elsewhere!"

While he said this, he also watched the reaction of Maulana Gangohi (Rahmatullah ‘alaih). Hazrat Maulana Rashid Ahmad Gangohi (Rahmatullah ‘alaih) did not take any offence on this statement and his facial expression also did not change in any way. He himself said: “Alhamdulillah! There was no effect on my heart. I accepted that whatever Haaji Saheb had said, was the truth. In fact, to get a piece of bread from him was a great favour, regardless of the way it was obtained.”

…When someone is a little upset, it is easy to make out that he is upset.

Another person would have said that he is being humiliated and disgraced and shamed.  But these were the type of tests they went through in the past.

Today, Mureeds would say: “What does this Shaykh think of himself? Does he think I can’t have good food at home?”  …The person would leave. He would go home. Finished.

Most Mureeds today don’t have that same capacity or appreciation. So the present day Mashaa’ik, understanding the nature of people, adopt a somewhat lenient approach. Of course, there will be discipline but they understand the nature of the people is not the same.

The objective is the reformation of the Mureed. Some inexperienced people constantly reproach and admonish their Mureeds or students. They reprimand and reprimand. This indicates that there is no correct understanding and no skill of how to make Islaah. Each person is different. Each person’s temperament is different. And the Shaykh has to understand the temperament of each Mureed. There are some who will take a harsh reprimand but others may just disappear altogether – and then they will lose out on the benefits of the Suhbat and the Ta’leem of the Shaykh.

Even the Shaykh and the Ustaadh need to check why they are reprimanding. Is it motivated by nafs or is it a sincere concern for the Mureed to progress in this path or the student to excel in his studies?

So these are the aspects of Sulook that need to be learnt: To make Fanaa of one’s self!

Once that Azmat of Allah Ta’ala enters the heart, the person will not think anything of himself.

Meaning, in my heart, I should think of myself as very small, as insignificant, as nobody, but in the hearts of people, Allah Ta’ala places  respect and Azmat (honour).

If people are not going to have Azmat in their hearts, who will listen?  If a person is addicted to drugs or is known as a womanizer or is a gambler or involved in other major sins, and if the person is told to sit on the Mimbar and give a Bayaan, will anyone listen to his Bayaan, with Azmat?  …We know, and the public knows, what sins he is engaging in. …Will people make special requests that he makes Dua for them? … No.

Ask Allah Ta’ala to give us Azmat, but in our own sight, in our own hearts, we must not think of ourselves as people of worth and esteem.  There must be Fana’iyyat. However, this is a process. Fana’iyyat is not just saying: ‘I’m nothing!’. Words are very easy to utter, but the reality is something else. The reality requires Islaah, Tazkiyyah and Mujahadah.

My Shaykh, Hazrat Maulana Hakeem Muhammad Akhtar Saheb (Rahmatullahi ‘alayh) had said that sometimes a person tries to project an image of humility and self-effacement; he wants to be known as a very pious and humble man. So he will say: “I’m nothing. I’m absolutely nothing.” …But if a person were to agree with him and say: “Yes, you are nothing.” – then his colour changes and he becomes angry. Why? Because there is no Haqeeqat; no reality.

This Fanaa’iyyat is achieved when the connection with one’s Shaykh is sincere, and the Mureed plays his part as a Mureed should, by informing the Shaykh of his spiritual ailments, accepting and following through with the guidance and direction, with the spiritual medication and prescriptions of the Shaykh. All of this requires humility and surrender – but how many are prepared to humble themselves?

Yet it is in humbling oneself, undertaking this process of Islaah and bringing this reality in us, that Allah Ta’ala will grant elevation and Baqaa.

Rasulullah (Sallallaahu ‘alayhi wasallam) said: “Whoever humbles himself for the sake of Allah, Allah elevates him.”

We should not do, seeking elevation and Baqaa. We should do for the sake of Allah Ta’ala. 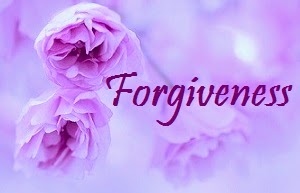 We should try and keep in mind the many virtues regarding forgiving those who wrong us. Allah Ta’ala will, Insha-Allah, reward us in different ways. We will become the beneficiaries of great good:

“Let them forgive and overlook. Do you not wish that Allah should also forgive you?  Indeed Allah is Oft-Forgiving, Most Merciful.”
[Surah An-Noor 24: 22]

Hazrat Abu Hurairah (Radhiyallahu ‘anhu) narrated that Rasulullah (Sallallaahu ‘alayhi wasallam) said: “He who forgives the faults of a Muslim, Allah will forgive his faults on the Day of Resurrection.”[1]

"Those who control their anger and are forgiving towards people; Allah loves those who do good."
[Surah Aal-Imraan 3: 134]

Nabi (Sallallaahu ‘alayhi wasallam) said: “Charity does not decrease wealth; no one forgives except that Allah increases his honour, and no one humbles himself for the sake of Allah except that Allah raises his status.”[2]

It is much easier on the heart that we forgive and let the past remain in the past, than hold onto it, carry it with us, and remain unhappy, depressed and miserable. This burden bogs a person down. Many a time, holding onto the past deprives a person of productivity and being able to live life, successfully.