The Tranquility of the Heart 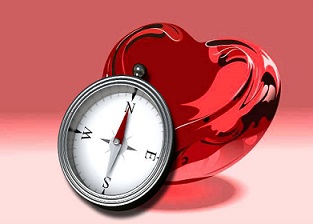 Like the needle of the compass faces North when at rest, so the heart of the Mu’min faces in the direction of Allah Ta’ala’s obedience and pleasure. In the obedience of Allah Ta’ala do we find our peace, contentment and happiness.

When a compass is moved or shaken, we observe how the needle is disturbed and begins to move restlessly this way and that way – as if agitated. When it is placed down, it continues to move about until finally it finds its rest in the direction of North.

SubhanAllah! We should take lesson from this.

…When the heart of a Mu’min is shaken with sins, with disobedience to Allah Ta’ala, then the heart’s Sukoon is disturbed. The heart is in a state of restlessness and anxiety until the person sincerely repents. On sincere Taubah, the heart settles back in Allah Ta’ala’s pleasure and once again enjoys its Sukoon (tranquility).

Our Sheikh, Hazrat Maulana Hakeem Muhammad Akhtar Saheb (Rahmatullahi ‘Alayh) would say that Sukoon is an exclusive bounty and gift for the Muslim. It only descends on the heart of a Believer, with the condition that there is obedience to Allah Ta’ala and abstinence from sins.

Not only do sins disturb and disrupt the tranquility of the heart; it blemishes the heart with ugly black marks.

Rasulullah (1) explained: “When a Mu’min (believer) sins, a black dot appears on his heart. If he repents and seeks Allah’s forgiveness, his heart becomes cleansed and polished. If he continues to commit more and more sins (without repenting), the spot continues to spread and ultimately covers all of his heart.”[1]

I have given the following analogy many a time: The person who is wearing a white Kurta and he is always conscious of his cleanliness, will be very uneasy and uncomfortable if a drop of black ink falls onto his Kurta or if food stains his Kurta. He will make haste to wash it off immediately – because the stain of ink spoils the whiteness of his Kurta.

This is the condition of the Mu’min who is obedient to Allah Ta’ala. His heart is like a white garment or a white sheet. The moment he falls into any sin, mistakenly, he senses the dark, black spot of sin on his white heart. He is very uneasy, uncomfortable and unhappy and immediately seeks to clean his heart with sincere Taubah.

We find those who work in garages generally wear dark overalls. This is because they handle oil and grease and their work requires clothing which is practical. Because the clothing is dark, if more oil and more grease soils and stains the overall, the person will not really be aware of it and will not be bothered because his garments are dark in colour anyway. So any amount of oil and grease and dirt may soil his clothing, but it is not really apparent and does not worry him.

This does not mean that a person sits content with such a heart. It is absolutely necessary that he quickly begins a full scrub and wash of his heart with Taubah and Istighfaar.

Sincere Taubah, Zikrullah and the effort in the direction of obedience to Allah Ta’ala will most certainly remove all the blackness and dirt of sins from that heart. The heart will then be in its original state of whiteness and cleanliness, Insha-Allah.

Nabi (Sallallaahu ‘alayhi wasallam) taught us a Dua that facilitates this washing and purification of the heart:

“O Allah, wash off my sins with the (melted) water of ice and snow, and purify my heart of sins, even as white clothes are cleansed of filth.”

Hazrat Maulana Shah Abdul Ghani Saheb (Rahmatullah ‘alaih) had explained that the quality of ice is its coolness and the outward characteristic of snow is its whiteness. Thus, the whiteness removes the darkness of sins and the coolness eliminates the heat of sins. …SubhanAllah

Nabi (Sallallaahu ‘alayhi wasallam) used the word ‘white’ cloth because black cloth does not make apparent the stains or marks of dirt. White clothes reveal the slightest trace of dirt.

Together with sincere Taubah, it is essential to dissociate oneself from bad company and bad environments and to seek out good and pious companions who will encourage and inspire in the direction of obedience to Allah Ta’ala and Rasulullah (Sallallaahu ‘alayhi wasallam), as well as find and keep to those environments which make easy practising on Deen.

Hazrat Maulana Jalaluddeen Rumi (Rahmatullahi ‘Alayh) had related an incident of a tanner who was one day passing by some perfume shops. Since most of his time was occupied with tanning animal skins, he was used to strong bad smell. While passing the perfume shops, the pleasant fragrances did not agree with him and he fell down unconscious.

The people around him made every effort to revive him but no one was successful. When his brother was informed, he went to where the tanner lay unconscious and on smelling the fragrances wafting in the air, he understood the cause of his brother’s condition. He immediately went away and returned after a while, bringing in his sleeve, some faeces of a dog. He held his sleeve near his brother who was revived immediately.

All were astounded and bewildered as to what was so effective and so helpful in reviving the tanner, when there were so many perfume shops in the vicinity and all sorts of fragrances were used in the effort to revive the tanner.

This is just a story but with great lesson.

That person who spends his life in sins, becomes accustomed to dirty environments and dirty deeds. Good deeds are unfamiliar and foreign to the person. The person can even reach a stage where there is an aversion to good and thus he stays far away from those places and gatherings where the perfume of Allah Ta’ala’s love is distributed and shared.

Our Shaykh, Hazrat Maulana Hakeem Muhammad Akhtar Saheb (Rahmatullahi ‘alayh) had explained that like the tanner, the sinner is unable to appreciate the gardens of Allah Ta’ala’s remembrance. However, if the person is sincere, makes the effort, and begins to spend time in the environments of purity and virtue, then a time will most certainly arrive when the person will acknowledge, and with great regret, that his life was wasted in filth and evil. Now that he is accustomed to and enjoys the fragrance of Allah Ta’ala’s love in these beautiful gatherings, he does not ever want to return to a life of sin.

May Allah Ta’ala grant us the Taufeeq of sincere Taubah and enable us to appreciate the opportunities to attend the Majaalis of Deen and enjoying the beautiful gardens of Zikrullah and maximizing on this.

When meeting on the day of Eid

When the Sahaba-e-Kiraam (Radhiyallahu Anhum) met on the day of Eid,
they would say to each other: 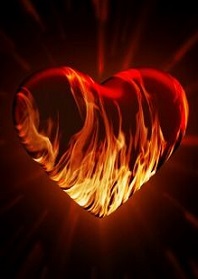 I was involved with someone who is very well-known in the community for his religious activities. He secretly courted me and promised to marry me but now I have been told that he returned to his hometown and married someone else. I feel angry and betrayed. I had trusted him so much. It is very difficult for me to accept that he has done what he has. As it is, I have so many problems at home. My father is involved with another woman and he is so abusive and violent to my own mother. And my mother just stays on, with patience. I am making plenty of Dua, but not seeing any acceptance. So I’d like to know if Allah is helping me or making my life more complicated. After all, I am also trying to give up some of my sins.

2.)   However, the fact that the courtship was Haraam played a role in things not working out. It was Haraam to pursue the relationship. And indulgence in Haraam invites the displeasure, anger and curse of Allah Ta’ala upon such persons. When He is not happy with such a relationship, it can never be successful. …It cannot end in happiness, unless both make sincere Taubah and make the Haraam relationship Halaal, with Nikah.

3.)   You mention that you placed a lot of trust in him. …You should understand that if a person is not loyal and faithful to Allah Ta’ala, he will not be loyal and faithful to you. If a person disobeys Allah Ta’ala openly, this is proof of his disloyalty. The contact that the person maintained with you was disobedience to Allah Ta’ala. He should know better since he is rendering religious services. This itself was a sign that all will not work out favourably between the two of you, because there was a lack of ‘Taqwa’ (abstinence and fear of Allah Ta’ala).

4.)   Consider what has happened as the past. Forget about it. Bury it. All your questions to him will not undo what has been done. He is married and he is enjoying life, so why mourn and waste your tears over him?

5.)  It is very important that you make sincere Taubah for the Haraam contact that you had with him.

6.)   May Allah Ta’ala give your father Hidayah – to give up the sin or marry the woman. Some senior member of the family or an Aalim should be requested to speak to him or counsel him.

7.)     May Allah Ta’ala greatly reward your mother for her patience and tolerance.

If your father is so violent and aggressive, causes such physical harm, and is not prepared to go for counseling and rectify his behaviour, then your mother should take the matter up with the social welfare department or the Jamiatul Ulama in your area for a resolution to the problem.

8.)   You should definitely not make such statements as ‘Is Allah helping me or making my life more complicated…’ This is very, very dangerous for one’s Imaan and leaves one on the threshold of Kufr. It is necessary that you sincerely ask Allah Ta’ala for forgiveness for such irrational statements.

9.)  Allah Ta’ala’s assistance is with those who are ‘Muhsineen’ (doers of good), those who abstain from Haraam and also fulfill all commands and rights that are directed to them.

10.)   When Allah Ta’ala answered the Dua of shaytaan who was already ‘rajeem’ (rejected / accursed), why would He not answer your Dua? …Allah Ta’ala is to His Servant as is His servant’s expectation of Him. If you have doubts about Allah Ta’ala answering your Duas and being able to assist you, then you should not expect acceptance of Dua and His assistance.

…But if you have conviction, that Allah Ta’ala is Kind, Compassionate, Forgiving and Generous and He is the One who is All Powerful and that absolutely nothing is difficult for Him, and with that Imaan, you make Dua, you will see the fruit of your Dua at some stage.

11.)   Masha-Allah for the efforts in giving up sins. However, all sins have to be given up, to earn the Pleasure of Allah Ta’ala. Sins such as television viewing, music, reading immoral magazines and literature, casting lustful gazes, speaking lies, gossiping, chatting over the internet with boys, etc. And of course, it should go without saying : Reading Salaah punctually, dressing modestly and fulfilling all other rights of Allah Ta’ala, of Rasulullah (Sallallaahu alayhi wasallam), of parents, and others.

12.)   Befriend some good, pious Muslim girls, who will be a good influence and who will offer you encouragement.

13.)   May Allah Ta’ala grant us His Recognition and Intense Love for Him.