Our Actions | An Analogy 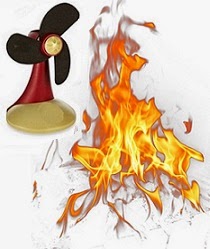 Our situation is akin to the person enduring the heat of a mid-summer’s day. The heat and humidity is extremely intense, so the person switches on one of those little toy fans that work on a single cell battery – which children are generally found playing with. To benefit from its breeze, it has to be brought extremely close.

So the person sits with this little fan in front of him and on his side, he lights a huge fire. Will that little fan have any effect? …No.

Until the person does not distance himself from that fire or extinguishes that fire, the breeze of that fan will not cool his skin. …The effect of that little fan will be lost due to the intensity and closeness of the fire.

The similitude drawn is that we do a few good deeds; the effect of which is likened to the breeze of the little fan. Together with those few good deeds, we indulge in different types of sins and their effect is comparable to the blazing fire. Until we do not distance ourselves from the venues of sins and give up those sins altogether, how will our Ibaadah cool our hearts?

Only when we will extinguish the fire, which we, ourselves, have kindled, of sins, and we thereafter switch on the air-conditioner of sincere obedience to Allah Ta’ala and His Rasul (Sallallaahu ‘akayhi wasallam), will we experience coolness in our hearts.

We need to understand that the destination cannot be reached, if the journey is traversed one step forward and then ten steps back.

One can gauge on what level debts are placed, mentioned alongside Kufr. There are various other Ahaadeeth that clearly signify the seriousness and gravity of incurring debts. ...Of course, if a debt is an interest-bearing loan and interest payments are being made, then this is Haraam (forbidden) and a major sin.

There are many who take unnecessary loans and fall into debt. To do so is to shackle oneself. A debt should only be assumed out of genuine necessity – and not as many do, to purchase all kinds of luxuries and live beyond their means.

Sometimes the person becomes lax in the matter of paying off his debts and delays payment. Even though Allah Ta’ala gives sufficient to pay off quickly, and sometimes Allah Ta’ala provides so that the person can pay the full amount at once, the person procrastinates. It is a weighty and grievous sin to delay payment of a debt when the time arrives for its payment.

The following Dua was taught by Rasulullah (Sallallaahu ‘alayhi wasallam) to a Sahabi (RA) who was entangled in debts. With the Barakah (blessings) of this Dua, Allah Ta’ala settled his debt.

A person, in debt, should also read this Dua; morning and evening. Insha-Allah, his worries will be removed and his debt, settled. 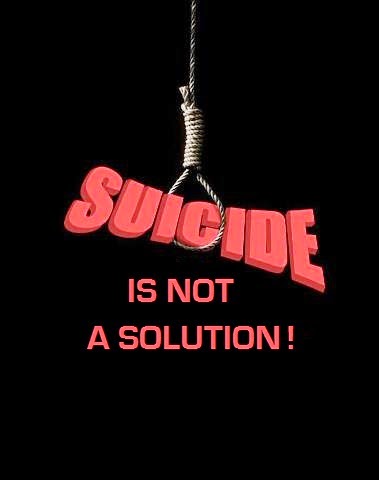 Despite severe suffering, persecution and torture, not a single Sahabi (companion) of Rasulullah (Sallallaahu ‘alayhi wasallam) nor a single Wali (friend) of Allah Ta’ala, throughout history, ever committed suicide.

Their trials were borne with patience, perseverance and fortitude, which strengthened their Imaan (faith) in Allah Ta’ala.

The large number of suicides that occur every day in the world is due to disbelief or weak faith in Allah Ta’ala.

We should, however, not pass judgment regarding the person who has taken his or her life. Judgment should be left to Allah Ta’ala, for we do not know in what mental state the person was in – for example, severe depression – to have snapped and committed suicide. 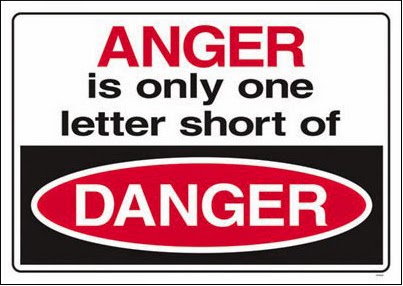 Do not make a decision with regards to any matter when angry. In anger, a person is bound to make a faulty decision, which he will later regret having made, all his life. We find that Rasulullah (Sallallaahu ‘alayhi wasallam) advised us: “If one of you gets angry, he should be quiet.”

Move away, cool down and think seriously before firing the bullets of divorce. Almost every husband has regretted the decision of 'Talaaq' made when angry. Many wives have also regretted demanding a divorce, after their anger cooled and they thought of the consequences.

Even parents should be careful of the words they utter and should not beat up their children in anger, for they too could sometimes regret, all their lives, the damage done. Teachers, as well, should not a make a decision of punishment in anger.

Since the expression of anger is from shaytaan, one has to be wary in not succumbing to it. Rasulullah (Sallallaahu ‘alayhi wasallam) guided us towards managing our anger, when he advised a man overcome by anger to recite the Ta’awwuz:

“I seek protection with Allah from shaytaan, the cursed one.”
In another narration, Rasulullah (Sallallaahu ‘alayhi wasallam) said: “Anger comes from the shaytaan, shaytaan was created of fire, and fire is extinguished only with water; so when one of you becomes angry, he should perform Wudhu (ablution).”
And Rasulullah (Sallallaahu ‘alayhi wasallam) further instructed: “When one of you becomes angry while standing, he should sit down. If the anger leaves him, well and good; otherwise he should lie down.”


Anyone following through with these prescriptions given by Nabi (Sallallaahu ‘alayhi wasallam) will certainly find great benefit and goodness. 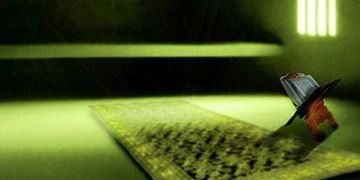 A common complaint of many who seek reformation, is their lack of concentration in Salaah, and finding themselves wanting in the spirit of Salaah. They write or ask for some prescription to bring in that spirit and that love of Allah Ta’ala through Salaah.

The following guide lines will, Insha-Allah, assist in improving the quality of one’s Salaah:


…Try and cut off from the business and worldly activities as much as possible through this little meditation and Zikr.

Now comes the Fardh Salaah : Insha-Allah, by this time, much of one’s heart will be in that Salaah. Insha-Allah, with a little effort and perseverance, there will be full attention and concentration.

Moreover, if we give priority status to fulfilling the Rights of Allah Ta’ala, then He will assist us in fulfilling our tasks. He will grant Barakah in time so that our undertakings are completed, Insha-Allah.


And since you are reading His Speech, He is also listening to you …  Therefore learn the meaning of the Surahs we normally recite in Salaah. It will not take long to do so, if a little is learnt every day.

...What a compounded bounty – SubhanAllah: So many gifts in the gift packaged as Salaah. How can any sane thinking Muslim ever refuse such a gift?

In contemplating this, we will experience the beauty and sweetness and pleasure of Salaah … we will understand the Hadith in which Rasulullah (Sallallaahu ‘alayhi waSallam) says that the coolness of his eyes is in Salaah. May Allah Ta’ala grant us the reality.

Download and listen to the talk “Guaranteed Success” –
Majlis (27 – 03 – 2006 ) which is an elaboration of the above prescription.