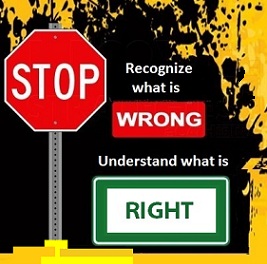 
There is a sickness in society which has now reached epidemic proportions. It is so serious that it requires a repetition in its warnings to drive the point home.

Fitnahs[1] abound, and the worst and most dangerous fitnah is that which takes the form and garb of Deen.

In the name and guise of Deen, Muslims are being invited to ‘Fund-raising’ programmes, lunches, dinners, souks, pre-Ramadaan and Eid Fairs. Funds are being raised for Deeni projects in this manner.

The context of these programmes is ‘Fun’ and ‘Entertainment’ which entails socializing. The Muslim is encouraged to bring along wife, daughters, mother and sisters.

Since this is in the name of Deen, people consider it as Ibaadah (worship), something virtuous. …One can gauge how serious the matter is. The person is not going to make Taubah for this. He is not going to consider the intermingling and the socializing with    strange women as sinful, because the event is promoted as something meritorious and ‘Halaal’, and because the invitation is from people and organizations that are representing Deen, and whom it is expected, would know better as to what is Haraam and Halaal.

‘What a kind of revolution! …
That Ummah which detested Haraam, which stayed far
from that which is doubtful,
now has no fear indulging in Haraam.’

Even if an ‘Aalim is involved in such activities or endorsing such programmes and is seen at such venues, this does not make Haraam, Halaal. …This is the weakness of that ‘Aalim.

There are so many who are deendaar and they know better than to attend such programmes; their hearts will give them the fatwa : ‘Don’t go’ – then why still go? …Thereafter complaints are presented of the immodest dressing of the women, the intermingling of sexes, the disconcerting condition of the youth, etc. …This is the trap of shaytaan and nafs! …So the person is gazing at such strange women (or vice versa), engaging the nafs in Haraam pleasure and destroying the heart with evil desires.

‘IT IS NOT PERMISSIBLE TO BE PRESENT IN A GATHERING
WHERE ALLAH TA’ALA IS BEING DISOBEYED.’

Such events and functions bring one close to Zina (adultery). Allah Ta’ala says:

Such functions promote Zina of the eyes, whereas it is from the Commandments of Allah Ta’ala that we lower our gazes from looking at ghair-mahareem. Allah Ta’ala addresses both the believing men and believing women:

Young men have written to me and have mentioned quite explicitly that their intentions in frequenting such functions, fairs and programmes is for no other purpose but to admire the women. Some have even mentioned deriving Haraam pleasure by deliberately touching those women in the crowd (Na-uzu Billahi min zaalik) – and if these are not our wives, then they are our daughters or mothers or sisters or nieces who are exposed to lustful glances and touching.

So when it is plainly evident that these programmes and fairs are against the Pleasure of Allah Ta’ala, we can stop ourselves and our families even if we cannot stop others.