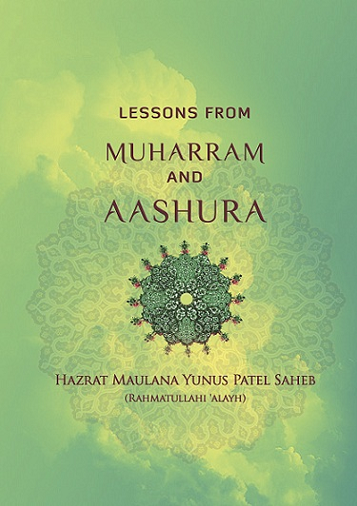 Every year, when the blessed month of Muharram enters, we are reminded of certain incidents: The Hijrah, The  Day of Aashura and The Martyrdom of Sayyidina Husain (RA). These are generally the topics of discussion in the month of Muharram and Insha-Allah, something will be said in respect to each one.

Many lessons are taken from this decision ....

Who are our Role Models? 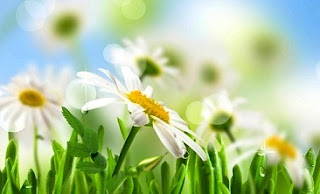 TODAY WE LOOK AT CRICKET PLAYERS, soccer players, rugby players, boxers, actors, actresses, musicians, etc. and we take them as our role models.

As Muslims, we have beautiful role models in our Beloved Rasul (Sallallaahu ‘alayhi wasallam), his noble companions (Radhiyallahu ‘anhum) and the Auliya Allah. ...The Ambiyaa[1] (Alaihimus Salaam) and their followers were the most successful of all people. Were we to learn about them, we will draw great inspiration and find them to be the best role-models.

We also need to acquaint ourselves with the Sahabah-e-Kiraam (Radhiyallahu ‘anhum). They were MEN. And Brave Men. Their history, their feats, their conquests drown the thousands of insignificant and frivolous goals scored by soccer players or runs scored by cricket players or wins scored by others. …How will these benefit in the grave and the Hereafter?

The Sahabah-e-Kiraam (Radhiyallahu ‘anhum) achieved tremendous success because their lives were constructive and productive – for their Deen, Dunya and Aakhirah, as well as for those who emulate them.

In the effort and endeavour to follow them we gain the Muhabbat of Allah Ta’ala and Rasulullah (Sallallaahu ‘alayhi wasallam) and we get peace, happiness, contentment and enjoy the success of both worlds.

We should read about the lives of the youth amongst the Sahaba-e-Kiraam (Radhiyallahu ‘anhum). Their obedience in the prime of youth and their spirit of sacrifice offers great inspiration and incentive for all.

Hazrat Mus’ab Ibn Umair (Radhiyallahu ‘anhu) was a young man, extremely handsome, growing up in the lap of absolute wealth and luxury. For the sake of Islam, and in his love for Allah Ta’ala, he gave up everything. Look at the honour Allah Ta’ala gave him in this life, at the time of death, and until Qiyamah. He will always be remembered for his noble contributions to Islam.

Our daughters should read the inspirational biographies of the wives, daughters and companions of Nabi (Sallallaahu ‘alayhi wasallam), as well as other pious women. This will be a catalyst towards living a life of piety and great success.

May Allah Ta'ala grant us the understanding and Taufeeq of Aml. 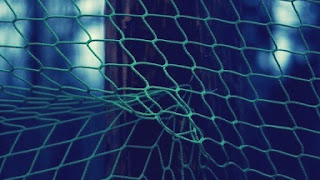 FISHERMEN CAST THEIR RODS AND AWAIT A CATCH. Others cast nets and trap big shoals. The spider spins its web and catches its prey. Nafs and shaytaan have also cast their rods and nets, and they have also spun their webs.

Health, wealth and the most precious commodities of Imaan and Hayaa[1] are sacrificed for a few moments of Haraam pleasure.

As a measure of protection, the computer should be kept in a place where there is a lot of activity by family members. This will be a deterrent to the person who finds himself weak before nafs.

If the person is in his office or elsewhere, where he will be alone when using the computer, he should have a note placed above the screen, with bold writing:

(i.e. What if the Angel of death visits whilst engaged in Haraam?)

If the cellphone is the temptation to view Haraam, then opt for a cellphone which is simple and does not have those features which offer access to Haraam. Or have the same reminder on your screen.

“If you hide and commit sins,
Someone is watching from above (Allah Ta’ala)…”

We should keep before us that our every movement, our every word, our every thought and our every feeling are in the Knowledge, Sight and Hearing of Allah Ta’ala.

The Mashaa`ikh have prescribed that we reflect, ponder and keep before us the Aayaat (verses) of the Qur`aan Shareef:

May Allah Ta’ala grant us His Special Protection and the Taufeeq of giving up all sins.